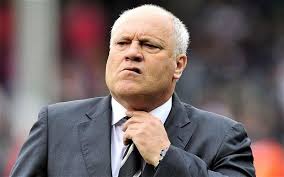 Al Ahly coach Martin Jol is set to be offered a coaching job by Newcastle United.


According to kingFut.com, Jol’s agent confirmed the news that his client was a subject of an offer to take over at the Magpies.

In the report, it is also revealed that a number of British reports have linked Jol to become United’s manager next season if they are relegated to the Championship, England’s second tier, to replace the newly-appointed Rafael Benitez.

Speaking to the Egyptian football website, agent Mohamed El-Habashy revealed to KingFut in collaboration with Yallakora about the truth of these reports.

“Martin Jol has actually been tipped to become Newcastle’s manager in the coming period,” El-Habashy said.

“However Martin Jol’s desire is to continue with Al Ahly till the end of his contract. Jol wants to achieve glory with the club.”

However, it remains to be seen whether the Dutch mentor will leave the Egyptian Premier League job with the Red Devils.

He was unveiled by the Red Castle's hierarchy this year in February, following the departure of the former manager Jose Peseiro.