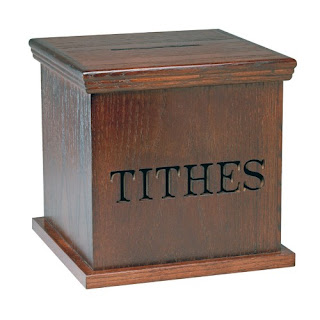 
The convict, who was on August 17, arraigned before the court, had pleaded guilty to a one-count charge of theft preferred against him by the police. The magistrate sentenced the tithe thief to six months imprisonment in Ikoyi prison without an option of fine.

Adefulire said: “It is a pity that people do not see the house of God as sacred any more. This should serve as a lesson to the public; if you choose crime instead of hard work, the hand of the law will always catch up with you.

“Nnoruga, you are hereby sentenced to six months imprisonment without an option of fine.” The prosecutor, Inspector Ben Ekundayo, had told the court that the convict committed the offence on August 14 at about 2p.m., at Saint Patrick Catholic Church, Idumaigbo, in Lagos Island.

Ekundayo said Nnoruga stole N214,000 from the tithe box after church service and in the guise of attending afternoon mass, also stole from worshippers. He said the offence is punishable under Section 285 of the Criminal Law of Lagos State, 2011.