The United Nations Women Africa has said Nigeria has the highest child brides in the world with 23 million girls married off in childhood.

This is coming ahead of a conference holding in Lagos on Tuesday to address cultural practices against girls and women, including child marriage and female genital mutilation.

The conference is expected to be attended by traditional rulers from different African countries.

The UN National Information Officer, Dr Seyi Soremekun, in a statement on Saturday, said the UN Women Africa in collaboration with United Nations Population Fund and United Nations Children’s Fund had made a strategic choice of placing the engagement of African traditional authorities central to addressing the cultural norms and practices harmful to women and girls’ well-being.

To this effect, the UN Women explained that it had launched series of regional consultations with traditional rulers and institutions to address the challenging issues as well as facilitate a framework for the African Union summit with traditional and cultural authorities on ending child marriage and the Federal Government taking place in January 2019.

The group said millions of women and girls were subjected to harmful practices including child marriage across the African continent, noting that if the trends continued in the next decade, 14.2 million girls under the age of 18 would be married every year.

The statement read in part, “In West and Central Africa, the region with the highest prevalence of child marriage, the practice continues unabated with progress registered in reversing the trend at its slowest and lowest in the world.

“Countries such as Niger, Chad and Central African Republic are currently peaked at 76, 72 and 68 per cent, respectively and rated as having the highest prevalence in the world.”

It added, “The region is also home to six of the 10 countries globally with the highest prevalence rate of child marriage: Niger, Central African Republic, Chad, Mali, Burkina Faso, and Guinea.

“While Niger has the highest prevalence of child marriage in the world, at 76 per cent, Nigeria is home to the largest number of child brides in Africa, with 23 million girls and women married off in childhood.”

The organisation expressed concern that that by 2050, the number of children married before the age of 18 would double if no fundamental change aimed at reversing the trend was made.

In recognition of the need to curb the practices and protect the health and well-being of women and girls of Africa, the UN Women stated that it had identified ending child marriage in Africa as one of its three cross-regional programmes within its Africa Strategy 2018 – 2021. 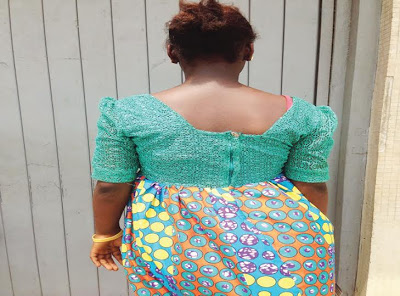