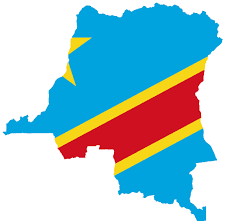 Three people have been killed in Bukavu in eastern Democratic Republic of Congo after a bomb exploded in their car late on Friday, officials said.


The bomb went off at around 19:00 (17:00 GMT) on the main road that runs through Bukavu, the capital of South Kivu province.

"The victims are two women and a man who were in the vehicle," said Evariste Manegabe, mayor of Ibanda commune where the incident happened, adding that an investigation had been launched.

"I heard an explosion before the jeep came to an abrupt stop, the windows blown out," a witness said, adding that he saw the three people inside the car covered in blood.

A police official told AFP that the three dead had not yet been identified.

"Either the vehicle was booby-trapped, or the explosive device was in the vehicle, or it was carried by one of the passengers," the police official said.

Manegabe added that such incidents were rare in Bukavu.

The two eastern provinces of North and South Kivu have been chronically unstable since two wars wracked the vast country between 1996 and 2003, drawing in armies from neighbouring and southern African countries, who fought in part over access to vast mineral wealth.