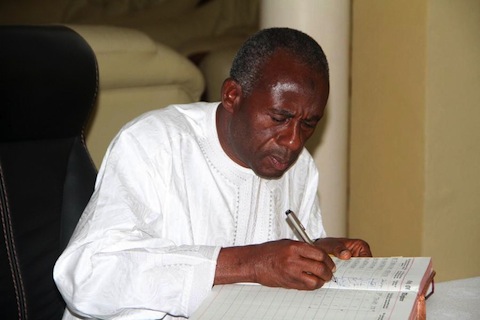 The Minister of Local Government, Alhaji Collins Dauda, has joined many Ghanaians to criticize the high cost and inferior quality of state funded projects as against projects executed by companies and philanthropic organisations in the same locality.


Stalwart in opposition political parties have had cause to question the cost of several government projects with allegations of paddling up cost flying about the government has always been defensive and justified cost of all projects.

It is expected that with the Minister of Local Government adding his voice, a healthy debate would be sparked to a-certain the true and actual cost of the various government projects.

Addressing the opening session of a two-day workshop in Kumasi last Thursday to enhance the capacity of presiding members, Alhaji Dauda also expressed worry as to why, although such government-sponsored projects are more expensive than those funded by private entities, the privately sponsored projects usually have a longer lifespan and are of higher quality.

To buttress his point and to pour out his frustrations, the Minister cited instances when, in the Asutifi South Constituency in the Brong Ahafo region, he had seen cracks in the walls of buildings sponsored by the government soon after they had been handed over to the assembly.

‘We all know the cost of six classroom blocks constructed by a government agency in a particular community and the other by a mining company in the same area as its social responsibility.’

He wondered how a six-classroom block constructed in the same locality by some private companies with similar materials bought from the same market and the same kind of labour tended to produce better quality structures at lower cost than the one executed by government agencies.

‘There must be something wrong with our system’, he observed.

He further chastised supervisors of various government projects for not putting up their best in playing their roles.

It would be recalled that the President John Dramani Mahama at the sod-cutting ceremony of the 172 million dollar project Kasoa Interchange Projects, reacted to critics who said the cost of the project had been inflated.