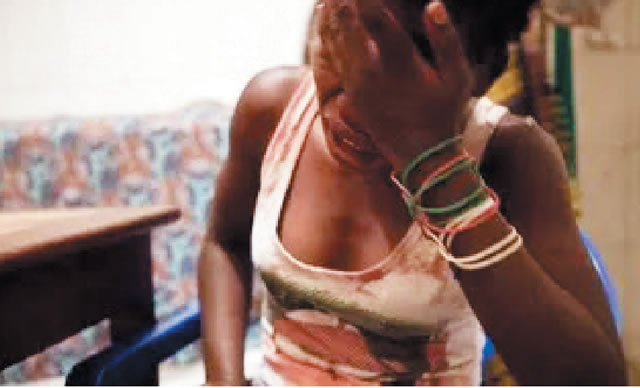 Small fists fly towards throats, knees jerk from under pinafore dress hems up to groin level and two-pronged fingers shoot for the eyes as high-pitched shrieks of "No!" echo through the playground at Makankhula primary school.


"We use the knee to hit the groin of the assailant, to disable him, and then we run," explained Alinafe Kambalane, who teaches self-defence to girls in 46 schools across Malawi's Dedza district.

"They have to shout 'No!' and they have to run away," Kambalane added, beaming  with pride as her little warriors spring to life.

It is peculiar to watch the faces of otherwise shyly smiling girls harden into scowls or grimaces - eyes sharpening or widening in defiance - as they picture imaginary aggressors.

But in this small slice of southern Africa, where six exasperated child protection workers glumly described the rape of minors as "a social norm", "normal", "the norm" or "just culture", putting the power to stop it in children's hands is a necessary reality.

In little over a year, and with only 50 instructors, small Kenyan charity Ujamaa has trained almost 25 000 Malawian children to fight the sexual abuse that is commonly committed by those they most trust.

"Most girls are raped or sexually assaulted by people they know," according to Martin Ndirangu, who runs Ujamaa's Malawi project. "Boyfriends or partners, family members and teachers being among [the] highest perpetrators."

Being told that the unwanted fondles and forced sex acts constitute abuse comes as a revelation to many children.

Fazani Alikangel, 14, said the catcalls from married men which started two years ago on her way to school were "traumatising". Like the groping boys at school, she didn't know how to stop them.

Tiyamike Thole, 17, ended years of abuse thanks to what she learned at Ujamaa. One day, she simply poked one of the group of boys waiting to grab her on the walk home from school in the eye.

"The others said, 'What happened to you? How did you become this fierce?'"

The boys tried another day and she poked one again. Since then they have backed off.

Godfrey Ateftali, 17, said Ujamaa skills helped him to stop a rape on his way home from school.

"I used my voice and said, 'Hey! Police are coming!' and the boy left the girl and ran," Ateftali said.

Backed by the United Nations Children's Fund, UNICEF, the Ujamaa network, which started in some of the Kenyan capital Nairobi's toughest slums, now extends to more than 250 schools across seven districts.

At the end of the course, Ujamaa gives pupils details of referral services, which include an anonymous rape survivors' group.