Nigeria Enyimba To Know CAF Champions League Opponents On May 24

Home / Without Label / Nigeria Enyimba To Know CAF Champions League Opponents On May 24
Published by: Mystique 11:02 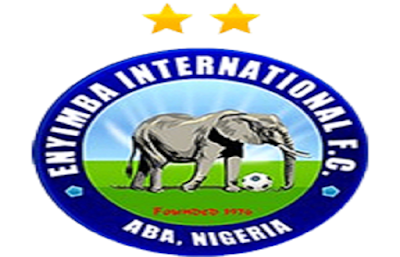 Nigeria club Enyimba will find out their opponents in the group phase of the CAF Champions League on May 24.


The draw ceremony will take place at the headquarters of the Confederation of African Football in Cairo, Egypt.

The Peoples Elephant booked their passage into the group stages following a 4-3 penalty shootout win against Etoile du Sahel of Tunisiaon Wednesday.

The Nigerian champions who are two-time winners of the competition will be joined by seven other qualifiers in the draw.

Top on  the list are former champions Al Ahly of Egypt, Moroccan outfit Wydad Casablanca and two other  another North African sides,  Entente Setif of Algeria and Zamelek of Egypt.

Others in the draw are Ivorien side ASEC Mimosa, who will be campaigning in the group stages for the first time since 2008, AS Vita of Congo Democratic Republic and Zesco United.

Defending champions, TP Mazembe of DRC were eliminated in the second round by Wydad of Morocco.

The eight teams will be divided into two groups of four, with the group winners and runners-up qualifying for the semi-finals.