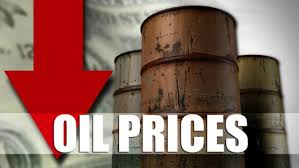 Oil prices recorded significant falls on Monday but then made a slight recovery, following Sunday’s failure of major exporters, who met in Doha, Qatar, to reach an agreement to freeze output.


Brent crude futures fell almost 7 percent in early trading on Monday, before recovering to $40.97 per barrel at 0647 GMT, still down 2.15 percent.

Traders said only an oil worker strike in Kuwait had prevented Brent from tumbling below $40 per barrel, while a cut in US drilling down to 2009 levels had prevented steeper falls there.

Benchmark US crude futures were down more than 5 percent at $38.31 a barrel.

“In the near-term, lower oil prices are bound to weigh on investor confidence and could exacerbate financial volatility,” Reuters quoted Frederic Neumann, co-head of Asian economics research at HSBC, as saying.

“Concerns over financial stability in the energy sector and a further fall in drilling capex are headwinds to growth against an already fragile global economic backdrop.”

Wall Street Journal quoted Abhishek Deshpande, oil analyst at Natixis, as saying: “This is an extremely bearish scenario. Prices could touch $30 a barrel within days.”

Steep falls in crude could also weigh on equity markets more generally. Stocks have often moved alongside oil this year. Bank shares, for instance, many of which have large energy portfolios, have been pressured by the declines in oil.

A glut in oil supply looks set to get even worse after the stalemated meeting of oil producers, including those under the Organisation of Petroleum Exporting Countries (OPEC), to freeze output.

The meeting was attended by most OPEC members, including Saudi Arabia, but not Iran.

Initially, Saudi Arabia, the world’s biggest exporter, was prepared to freeze output if all OPEC members agreed, but it had an about-face as  Iran defiantly continued increasing output, following the lifting of sanctions against it.

“As we’re not going to sign anything, and as we’re not part of the decision to freeze output, we ultimately decided it was not necessary to send a representative,” the Iranian government said, according to BBC.

He told reporters after the meeting: “We of course respect [Iran’s] position… The freeze could be more effective definitely if major producers, be it from Opec members like Iran and others, as well as non-Opec members, are included in the freeze.”

The stalemate has left the credibility of the OPEC producer cartel in tatters and the world awash with unwanted fuel.

“OPEC’s credibility to coordinate output is now very low,” said Peter Lee of BMI Research, a unit of rating agency Fitch. “This isn’t just about oil for the Saudis. It’s as much about regional politics.”

Morgan Stanley said that the failed deal “underscores the poor state of OPEC relations,” adding that “we now see a growing risk of higher OPEC supply,” especially as Saudi Arabia threatened it could hike output following the failed deal.

Oil prices have fallen by as much as 70 percent since mid-2014 as producers have pumped 1 to 2 million barrels of crude every day in excess of demand, leaving storage tanks around the world filled to the rims with unsold fuel.

The Qatar meeting had been expected to finalize a deal to freeze output at January levels until October 2016 in an attempt to slow that ballooning oversupply.

The Sunni Muslim kingdom of Saudi Arabia and Shia Islamic republic of Iran compete for influence in the Middle East, where they are currently fighting proxy wars in Syria and Yemen.