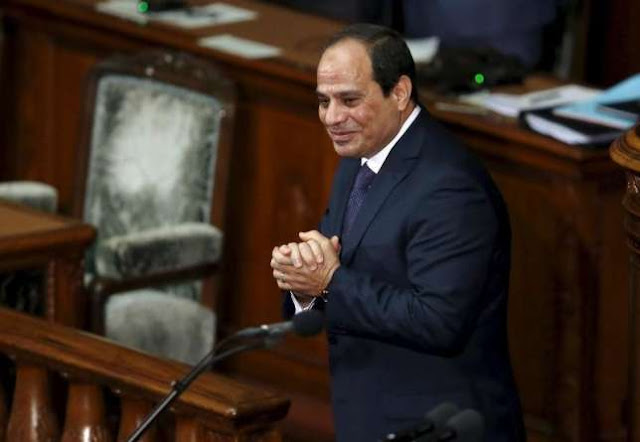 Thousands of Egyptians angered by President Abdel Fattah al-Sisi’s decision to hand over two islands to Saudi Arabia on Friday called for the government to fall, chanting a slogan from the 2011 Arab Spring uprising.


Their protests signaled that the former general, who is also under mounting criticism over the struggling economy, no longer enjoys the broad public support that let him round up thousands of opponents after he seized power in 2013.

In the evening, riot police who had surrounded the site of the biggest demonstration, in the heart of downtown Cairo, dispersed the crowd with tear gas, Reuters witnesses said.

Egyptian security forces detained a total of 119 protesters at several demonstrations, according to security officials.

Sisi’s government prompted an outcry in Egyptian newspapers and on social media last week when it announced an accord that put the uninhabited Red Sea islands of Tiran and Sanafir in Saudi waters.

“The people want the downfall of the regime!” protesters cried outside the Cairo press syndicate, using the signature chant of the 2011 revolt against then-president Hosni Mubarak, who later stepped down.

They also chanted: “Sisi – Mubarak”, “We don’t want you, leave” and “We own the land and you are agents who sold our land.”