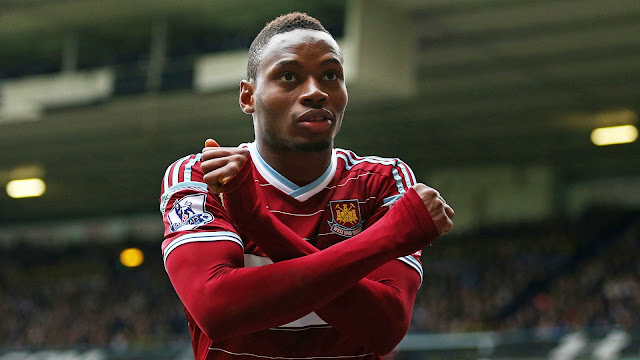 West Ham and Senegal striker Diafra Sakho is set to be out of action for the Hammers' next two matches after sustaining a knee injury.


The Daily Mail of London has it that Sakho underwent a scan on his knee injury which saw him fail to report to their team hotel before Saturday's 3-3 draw with Arsenal.

Manager Slaven Bilic revealed the Senegal striker had the problem checked out by doctors on Monday and they advised that he will be unable to play for at least a week.

The 26-year-old was told he would be on the bench for the Barclays Premier League clash against the Gunners but then insisted he was injured and did not join his teammates at a hotel the night before the game.

However, it is confirmed that he will not be available for Wednesday's FA Cup quarter-final replay with Manchester United and the trip to leaders Leicester City in the Premier League on Sunday.

“The situation is very simple, he reported the injury after training on Friday, then he was not in the squad and then yesterday (on Monday) he had a scan and the scan reported a little bit of a problem,”' Bilic said.

“He's out for one week - hopefully not more than a week but for this week he is definitely out. Hopefully he's going to be back on Monday.”

The Hammers are scheduled to host the Red Devils in the FA Cup and they will travel to the EPL log leaders City on Sunday afternoon.