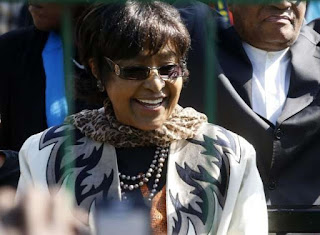 South African anti-apartheid campaigner Winnie Madikizela-Mandela is expected to have surgery on her back on Thursday after undergoing a similar procedure in March, a spokeswoman said on Tuesday.

The former first lady and wife of the late Nelson Mandela, was hospitalised on March 7, had surgery on her back the following day and is due for a follow-up operation, her spokeswoman Zodwa Zwane said in a

It was not clear the nature of the ailment Madikizela-Mandela, 79, is being treated for.

During her ex-husband's 27-year incarceration for his fight against white minority rule, Madikizela-Mandela campaigned tirelessly for his release and for the rights of black South Africans, suffering years of detention, banishment and arrest by the white authorities.

Madikizela-Mandela's suffered a blow last week after the High Court dismissed her claim to Mandela's ancestral home at Qunu in the Eastern Cape province.

Mandela died in 2013 and made no mention of Madikizela-Mandela in his will. She plans to appeal the ruling, according to media reports.

Madikizela-Mandela had claimed she had bought the Qunu property in 1989 while Mandela was still behind bars, giving her ownership rights under traditional law.
She was left nothing from Mandela's $4.1 million estate, which was divided between his family, the ruling African National Congress party, former staff and several schools.