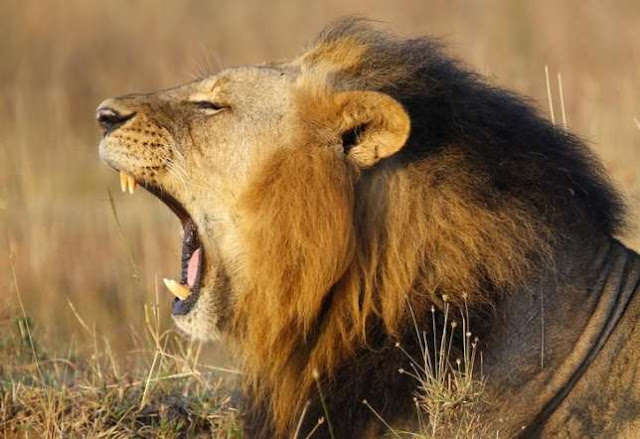 A South African lion called "Sylvester" that twice broke out of his reserve - probably to escape threatening older males - will be sent to bond with two lionesses and learn how to become a dominant male.


The country's parks service said this week that Sylvester, at three years old just reaching maturity, was a good candidate for an alpha role, a status that should also keep him contained.

Last June, the cat went on a three-week rampage, killing 28 sheep over 300 kms (180 miles) before he was found taking a nap by rangers and airlifted from the Nuweveld Mountains, 5,800 feet (1,750 metres) above sea level.

The South African National Parks (SANParks) branded him a problem animal after his second break out last month from the remote Karoo National Park and said he might have to be put down, provoking a public outcry.

Sylvester will now be relocated to Addo Elephant National Park in the Eastern Cape province, where he will initially be bonded with two females in a 200-hectare (494-acre) enclosure.

"This lion, at three years of age, is still young enough to bond with the two females and ultimately establish himself as the resident pride male," SANParks chief Fundisile Mketeni said in a statement.