World Update: Face of Black woman to grace the $20 note in the United States 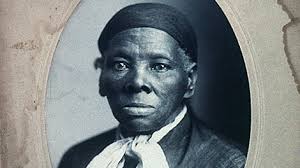 The United States is set to put Harriet Tubman, an anti-slavery hero, on the $20 note, making her the first woman on US paper currency in 100 years.


New York Times reports that Tubman will replace the face of Andrew Jackson, the US seventh president.

According to report, US Treasury Department is expected to announce the development on Wednesday, April 20, 2016.
A Treasury official reportedly said that Alexander Hamilton will remain on the face of the $10 bill.

Report said the new currency designs would also include other depictions of women and civil rights leaders.

The development follows a public campaign and months of deliberations by the Barrack Obama administration.

Born into slavery, Harriet Tubman was an African-American abolitionist, humanitarian. She escaped slavery and subsequently made some thirteen missions to rescue approximately seventy enslaved families and friends, using the network of antislavery activists and secret safe houses known as the Underground Railroad.

She was an active participant in the struggle for women's suffrage in the post-war era.