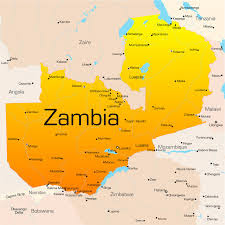 Zambian police on Tuesday arrested two journalists over a story alleging that President Edgar Lungu went night-clubbing and played pool at taxpayers’ expense while on holiday.


The journalists working for the privately-owned Post Newspaper were charged with defamation in a move widely seen as part of a clampdown on the president’s critics ahead of elections in August.

The story, published a year ago, quoted opposition politician Eric Chanda saying that Lungu went on a state-funded holiday to the Mfuwe resort, where he was said to have played pool and gone “clubbing”.

“Funga Mukosha and Joan Chirwa have been officially charged with the offence of defamation of the president,” said police spokeswoman Charity Chanda in a statement.

The journalists were freed on bail, according to the Post Newspaper deputy managing editor Joseph Mwenda.

Police said that they will appear in court on April 18, along with Chanda, president of the opposition 4th Revolution Party, who was arrested last month on the same charge and also released on bail.

The three if convicted could face a sentence of seven years in prison.

Geoffrey Mwamba, vice president of the opposition United Party for National Development (UPND), was arrested twice last month on charges of training a private militia and threatening the president.