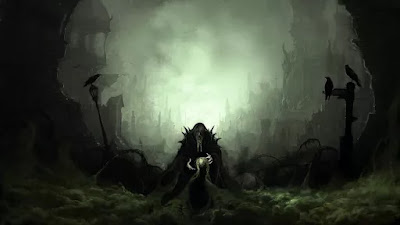 It must be hard to practice witchcraft in the Northern Region. And it must be even harder for individuals suspect of witchcraft and wizardry.


Iddi Baba, a gentleman is Choggu Manayili in the Sagnerigu District of the Northern Region, has felt the wrath of angry youth in the area who suspect Iddi of being a wizard.

These irate youth also believe that Iddi Baba's alleged wizardry caused the death of four people in the area.

A report by 3News.com maintains that, the suspected wizard returned to the area after a month-long absence and was nearly lynched by the young men of the area.

It took the efforts of the Tamale Metropolitan Police Command, who fired some warning shots to deter the irate crowd, to free Iddi Baba.

The report continued that, in trying to save their father, the children of the accused wizard inflicted cutlass and pistol wounds on their cousins Imoro Gundana, Majeed and Abukari.

Iddi Baba and his children had to spend Friday night at the Northern Regional DOVVSU for fear of being attacked in their home. And true to their worries, some of the youth who were not happy about the return of Baba to the area stormed his residence where they broke the locks and ransacked the place.

The young men, who are yet to be identified, unsuccessfully tried to to burn a motorbike.

The local police is investigating the attack.