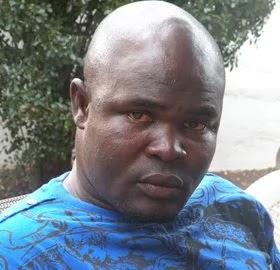 Popular boxer, Bukom Banku on Friday appeared before a circuit court in Accra for assaulting a hairdresser.


The 38-year-old boxer is reported to have slapped the hairdresser because she refused to kiss him.

According to sources the Cruiserweight boxer assaulted Martha Nelson, a hair dresser, for refusing to kiss him in spite of the efforts he did to catch her attention.

Banku also punched Martha in her right ribs and damaged her mobile phone. The incident happened on August 11, 2016. This story about Bukom banku bleaching will also interest you.

Braimah Kamoko is an undefeated Ghanaian boxer who won the WBO Africa Light heavyweight title in 2011.