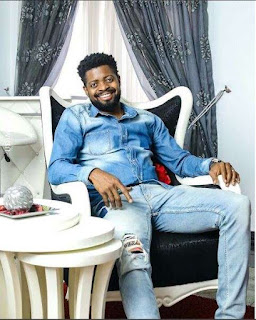 Popular Nigerian comedian, Basketmouth, who was robbed by armed men on September 7, 2016, in his Lekki home has released his first statement about the incident.


On his Instagram page today, September 9, 2016, Basketmouth thanked God his family was not harmed during the attack and joked that they didn't steal his sense of humour.

"Yes I was robbed, yes they made away with a lot of valuables.......the great thing is that they didn't steal my sense of humour. Myself, my wife and kids were not harmed, so we thank God" wrote Basketmouth.

"Big thanks to everyone that reached out, may God bless you abundantly" he further wrote.

The news of the robbery attack was released to the public by the comedian's close friend Bovi. The comedian took to Instagram to announce that Basketmouth and his family were robbed but they were doing alright.

"Basketmouth was robbed this morning in his home in Lekki phase 1 between the hours of 2am and 4am, 7th of September 2016. He and his family were held at gunpoint while the sad episode lasted. Nobody was hurt. Valuables were taken including the CCTV device. A report has been made at the police station. He can't be reached at the moment but will be back on as soon as possible" wrote Bovi.