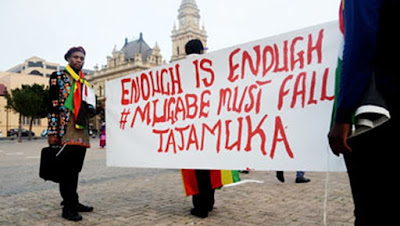 Zimbabwean police have announced a fresh ban on protests in the capital Harare, state media said Tuesday, in another bid to end a wave of demonstrations against veteran ruler President Robert Mugabe.


In a notice in the state-run Herald newspaper, Harare police chief Newbert Saunyama said the ban had been imposed on “holding of public demonstrations” for one month starting on Friday.