10 tips on how to get ready for marriage

Home / Current News / Lifestyle / Marriage / 10 tips on how to get ready for marriage
Published by: Victor 11:22 Current News, Lifestyle, Marriage 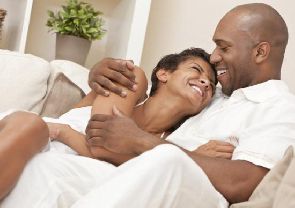 
Things like, how are you going to manage your finances, who’s going to do what around the home, and when they are going to have children, if at all, are often not even thought about until after the honeymoon.

So, if you are planning to get wed, but you haven’t even really considered some the practicalities of what comes after you have tied the knot, here are ten tips on how to get ready for marriage.

Yawn, yawn! Who wants to be talking about money when you are so excited about the coming wedding? We don’t want to put a dampener on your big day, but did you know that money is the biggest cause of arguments in a marriage? The best way to stop that happening to you is to discuss how you will manage your money before you even get married. You need to work out things like: will you have a joint account, which one of you will be responsible for paying the bills, and even set a budget, so you both know how much you each have to spend.

This one is a lot more fun than working out the finances! It’s a good idea to discuss your dreams for the future. Where do you see yourself being in ten, twenty and thirty years’ time? While you may have had vague discussions about the future before, now would be a good time to put some concrete plans into place. No one can tell what the future holds, but it’s good to know what each of you would like it to bring.

There is a lot more to bringing up a family than just agreeing that having kids is on the agenda. You need to think about when you might like to have children and, if you do have kids, will one of you give up work to take care of them, or will you use child care? Making assumptions about these things can cause real problems in a relationship later, so it’s best to discuss them now.

4. Holidays with the in-laws

It is worth talking about how you will organise holiday times spent with each of your parents, especially the Christmas holidays. Most people simply alternate between families each year, but you don’t want to find out too late that one of you always spends a certain day of the year with your family. Don’t forget, too, that you might want to spend some holidays by yourselves. It’s much easier if you tell everyone what you plan to do from the start, as that will avoid any family disappointments.

5. Who is going to do what chores?

Sharing the chores fairly between the two of you is definitely the best way to go, but some people can’t cook, some hate vacuuming and others can’t stand cleaning a bathroom. Agree who will do what in advance, and you won’t be fighting about it later.

No one wants to think that their spouse will cheat on them, but what exactly is cheating? For some people, a Christmas kiss under the mistletoe would constitute being unfaithful, but for others, cheating only means having sex with someone else. Different people can be hurt by different things, so it’s well worth discussing openly what each of you would consider as cheating.

Most people agree that it is important in marriage for people to have their own space and their own ‘me time’. Talk about what that means to each of you too. For some guys, their wife being out until the early hours of the morning with her single friends would be a concern, for example. Talk about personal space in the shared home to. A lot of men like at least one room in the home that they call their own; the much talked about ‘man-cave’.

By now you will have no doubt worked out if your partner attends a church on a regular basis, but some people keep their religious beliefs to themselves, but it is still an important part of their life. Other people, on the other hand are distinctly anti-religion, so, if you haven’t discussed the issue, it could rear its head later in things like, will children be christened, or will you have Christian-themed decorations in the home at Christmas.

9. Make one night a week date night and stick to it!

When you first get married, the thought that your marriage could become stale and boring will be the farthest thing from your mind, but it does happen to a lot of people. Start out as you mean to go on and get yourselves into the habit of always going out on a date at least once a week. Setting a particular day of the week may seem unnecessary at first, but later on, especially if you do have children, keeping that date-day will help to keep your marriage fresh and interesting.

10. Plan how you will spend time together

You might have read this point and thought: what? We’ll be married, so of course we will be together. The truth is, though, what with busy schedules and your own individual interests, you might be together far less than you thought. The biggest problem, should this happen, is that you will stop communicating properly, so plan for some hobbies that you can do together and set some rules, like always eating dinner together, and always going to bed at the same time. It may all seem a bit pointless right now, but in a few years’ time, you’ll be really glad you got into some good habits like these.