4 ways you are destroying your child's self-esteem 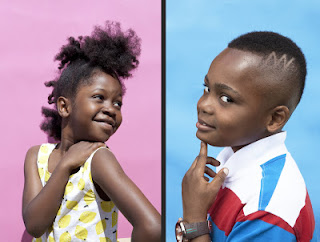 Consistently positive self-esteem is unbearably hard to develop and few have mastered it. So if you, as a parent, don't have a complete handle on it, you probably don't know how to foster it in your children.

However, it's easy to teach your kids to develop self-esteem once you know what you need to do.

Here are four important things you might be doing that hurt your kid's developing confidence and what you need to help their confidence thrive.

1. Setting them up for success
Let your kids fail. Let them fail and glory in it. Put them in club sports where there are losers and no consolation trophies. Let them audition for a musical even though you know they have two left feet. Your kids will be disappointed, even heart-broken and you may feel like allowing them to fail has destroyed their self-esteem.

However, by letting them fail when they are young, they will learn to cope with disappointment and that failing doesn't make them a failure. It is an opportunity to teach your kids how to have self-esteem irrespective of success by teaching them how to redefine success. Show them that success is working hard to win the tennis tournament or earn the role of Henry Higgins. On the other hand, you can teach them that success is having fun or learning something new.

2. Telling them they're smart
Studies show that in the long run, children who are told they are "smart" struggle more academically than those who aren't. This is because students who believe they are smart don't feel like they need to work as hard. For example, one study shows that when "smart" children are faced with problems that are beyond their skill set they perform 25 percent worse than kids who aren't told they are smart. These "smart" kids make excuses for their lack of ability.

Instead, praise your child for the effort he or she puts into achieving excellence. Use phrases such as, "You must have worked so hard to get that grade," and "I noticed you spent extra time working on that piano piece so that you could play it well."

3. Being self-critical
Your children are sponges. They are learning everything about how to be an adult from you. Never ask, "Does this make me look fat?" somewhere that they can hear you and avoid talking about your failures as tragedies. Of course, this can be a hard skill to develop, but by cultivating a positive attitude toward yourself, you will strengthen your kids and yourself.

4. Watching degrading media
Even if you are meticulous about how you talk to yourself and your kids, the effort is moot if you allow media to do all that degrading for you. Television and movies that are focused on people who develop self-esteem because they got what they wanted, are beautiful and win the heart of someone hot will teach your kids that self-esteem is found in these ways. Not only that, but so much of the movies and TV shows that are produced today are degrading with sexism, violence and racism that can affect your kids even when it's veiled by thrills or comedy.

Avoid shows with these themes in favor of inspiring shows that teach your kids to find confidence through service, spirituality or hard work.