Foods that make you feel anxious 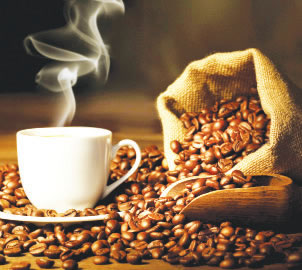 If you’ve ever found yourself pouring the crumbs from a bag of potato chips down your throat after a particularly stressful day, you know that emotions can affect what you eat. But did you know that what you eat could also mess with your emotions, exacerbating anxiety and leaving you feeling on edge, worried, and unable to concentrate?


It’s true, says Ali Miller, RD, LD, CDE, registered dietitian and author of Naturally Nourished. While food may not be the main cause of these feelings, it can certainly affect their severity and how often they occur.

“Anxiety can be caused by inadequate brain levels of the neurotransmitters serotonin and GABA, which help reduce the influence of stress hormones, as well as excessive excitatory hormones such as glutamate and epinephrine, which can cause an anxiety and stress response,” says Miller.

And, you guessed it, certain foods help aid in the production of those feel-good chemicals, while others elevate the anxiety-inducing ones. “Processed foods especially tend to perpetuate a vicious cycle of guilt, anxiety, cravings, and overeating, making it hard to stop eating them once you start.”

The good news: Quelling your anxiety may be as simple as knowing your food triggers, then cutting them out or reducing your intake. Here, we’ve identified seven surprising foods that might be throwing your anxiety and sour mood into overdrive.

Now hear us out—we’re not telling you to stop drinking coffee and other caffeinated beverages altogether. (In fact, java can deliver some pretty amazing health perks.) But if you’re feeling on edge, downing cup after cup could be partly to blame. Caffeine has a stimulant effect on the nervous system, says Miller—it causes a release of the stress hormone cortisol, triggering our “fight or flight” response, and has been shown to exacerbate anxiety and sleep problems, particularly in those with panic disorders and social anxiety.

Diet soda and energy drinks may be delivering a double dose of anxiety: Not only do they contain caffeine, but many also contain artificial sweeteners, like aspartame, which may significantly reduce levels of “feel good” serotonin in the brain. In fact, in one study, researchers at the University of Northwestern Ohio looked at the effect of aspartame on people with a history of depression and found that it significantly worsened symptoms, including feelings of anxiety. If it’s a fizzy fix you crave, consider swapping your soda for a naturally flavored seltzer; if you use artificial sweeteners in your coffee or tea, try using a bit of stevia instead.

Jerky is increasingly being touted as a healthy snack—and it definitely can be, as long as it’s not full of crappy additives. The problem with most options at the grocery store is they’re loaded with monosodium glutamate (MSG), which can elevate brain levels of glutamate—one of the excitatory hormones we mentioned in the intro—and thereby increase anxiety and stress.

But jerky isn’t the only source of MSG, of course. Countless packaged and fast foods contain the stuff.