It will be painful watching AFCON 2017 on TV – Ighalo 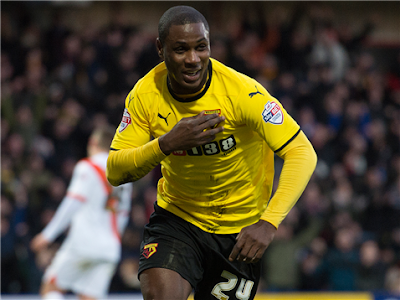 Watford striker, Odion Ighalo has admitted that it will be painful to watch the 2017 Africa Cup of Nations on television.


The Super Eagles failed to qualify for the tournament, which will be held in Gabon from January 14 to February 5, after finishing second behind Egypt in their qualifying group.

“I felt bad – not just me but Nigerians as a whole are not happy,” Ighalo told BBC Sport.

Ighalo, however, said the former African champions will have to put the disappointment behind them and focus on the next edition in 2019.

“We have to work towards the next one and keep pushing. Hopefully we will qualify”, he added.