Sam Allardyce Does Not Want Zaha To Attend AFCON 2017 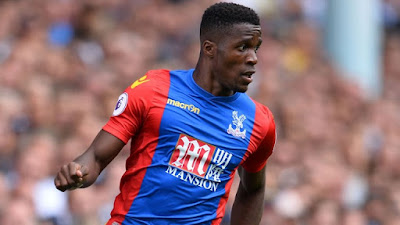 
Zaha is set to miss up to five weeks of English Premier League action with Palace when he attends the continental showpiece next year.

The Afcon is set to take place from January 14th to February 5th.

The 24-year-old winger has previously donned the England jersey in unofficial matches, but he has gotten tired of waiting for an official call-up and has decided to switch his allegiance to the country of his birth, Cote d’Ivoire.

Zaha made his England debut in 2012 in a friendly against Sweden and added a second cap the following year against Scotland, but has not played in a competitive fixture for the national team enabling him to transfer his international registration to the Elephants.

He was born in Abidjan but moved to south London with his family when he was four years old.

This has now created a serious problem for Allardyce who took over at Palace five days ago and insists one of his main priorities is to keep Zaha in England to help his team in the Premiership.

England manager Gareth Southgate has also met with the player in an attempt to dissuade him for turning his back on the country he has represented extensively at Under 19 and Under 21 level.

Zaha met with Ivorian Football Federation president Augustin Sidy Diallo and the team's manager Michel Dussuyer in November when he agreed to play for them. The IFF are confident that the player will not be persuaded to change his mind.

Cote d’Ivoire are in Group C at Afcon 2017 alongside DR Congo, Morocco and Togo.