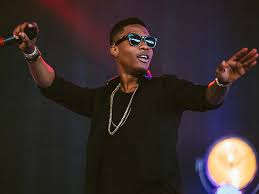 Ugandan Face TV, through its lawyer, Fred Muwema, has obtained a warrant of arrest for Nigerian musician Wizkid and his manager.


Wizkid was alleged to have failed to honour a US$60,000 contractual obligations to perform at a concert in Uganda on December 3.

Part of the reasons for the cancellation of the planned concert was due to health concerns. Wizkid in a series of tweets apologized for annulling concerts he was billed to perform in December and January as advised by his doctors.