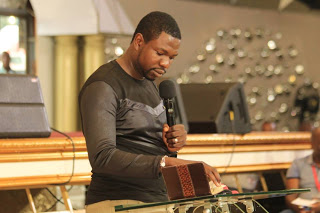 ELEVEN witnesses have been lined up to testify against Prophetic Healing and Deliverance Ministries founder Walter Magaya, who is facing charges of rape, when his trial takes off at the High Court next month.


Magaya, accused of raping a 25-year-old former congregant, will go on trial on February 20. With a high profile and prominent in national and international religious spheres, Magaya&#8217;s case will be closely watched by the media and those in Christian circles.&nbsp;According to the indictment, the complainant used to be a congregant at PHD Ministries. She reportedly accepted an invitation from the self-styled prophet to visit him and was shown around the house.


Magaya allegedly left the woman in a room inside the house and later returned naked. It is alleged that Magaya raped the woman once. After the offence, he allegedly gave her $200 and she later reported the incident to her boyfriend in July 2015.

However, in November last year, the complainant sought to withdraw the charges claiming she was being threatened with unspecified action by unidentified people allegedly against the criminal trial of Magaya.

The prosecution refused to drop the rape charges, prompting the clergyman&#8217;s lawyers to refer the case to the Constitutional Court.

The application was granted. The apex court will decide on the constitutionality of prosecuting a rape suspect following the withdrawal of a report by the complainant.

Apart from the Magaya rape trial, the High Court will this term alone hear 45 murder cases and one robbery case between this month and March.

The National Prosecuting Authority has since notified authorities in charge of prisons in Bindura, Marondera, Karoi, Mt Darwin, Murehwa, Kadoma, Chinhoyi and Mutoko to make arrangements and transfer the murder suspects held in their prisons to Harare prisons immediately.

Police have been advised to ensure that witnesses are available to attend court on time.