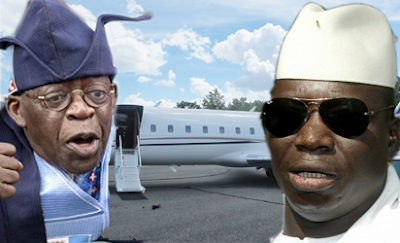 Reports have cleared former president of The Gambia, Yahya Jammeh that he left the country with stolen money.


BBC had reported that Alhaji Jammeh took $11million cash after he lost the December 1 election to Adama Barrow.

Investigations by The Nation revealed that there was money on the private jet.

“No such happened,” one of the sources said.

“In fact, it was impossible for looted monies to have been taken away on an aircraft that was in public glare. The radar of the international media, security forces and Gambian people was on the aircraft.