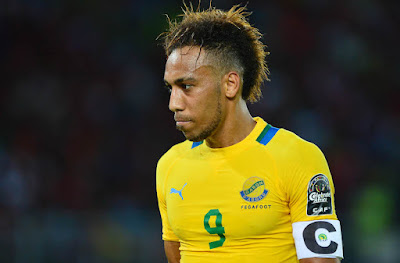 
The striker missed a sitter in the opening stages of their goalless draw with Cameroon in their final Group A game in Libreville on Sunday.

As a result the tournament hosts were booted out of the competition after finishing third behind Cameroon and group winners Burkina Faso.

“There is simply no explanation for the result today. We are extremely disappointed that we are out of the tournament especially that we are in front of our fans,” Aubameyang told SuperSport.com.

“I usually score those opportunities in open play. I do not know what happened today. I have no explanation to be honest.

"I do not even know how the Cameroon goalkeeper (Joseph Ondoa) made the save in the stoppage time,” he added.

“We conceded a stoppage time goal against Guinea Bissau. That was our undoing. If we had won that game, we would be talking about something else right now.

"Every team in our group defeated Guinea Bissau except us. It is unfortunate."

Gabon became the first host nation to fail to reach the knockout stages since Tunisia in 1994.