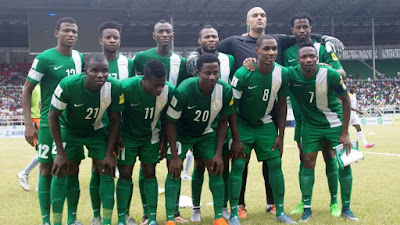 Senegal football legend Khalilou Fadiga has revealed that his most memorable games at the Africa Cup of Nations was the quarter-final and semi-final clashes against the Super Eagles of Nigeria at the 2000 and 2002 editions respectively.


In the quarter-final of the 2000 AFCON co-hosted by Nigeria and Ghana, the Super Eagles came from a goal down to beat Senegal 2-1 after extra-time, thanks to a brace from Julius Aghahowa.

At the 2002 edition in Mali, Senegal got their pound of flesh as they beat the Eagles 2-1 after extra-time in the semi-final.

Speaking exclusively to Cafonline.com, Fadiga, 42, a member of the CAF Technical Study Group and a CAF Ambassador for the Total 2017 AFCON said:"It was the victory over Nigeria at the semi-finals of the 2002 Africa Cup of Nations in Mali," Fadiga recalled.

"Midway into the first half, we were a man down when Pape Sarr was sent off. At that time Nigeria were highly rated and we beat them to reach the final.

"The other game I have fond memories of is the quarter-final clash again against Nigeria in 2000 in Lagos.

" It was my first AFCON quarter-final and I scored after seven minutes. With five minutes remaining, I saw most of the fans leaving the stadium, and I thought we had almost qualified as we were leading 1-0. Then Julius Aghahowa pops up and scored two wonderful goals to cut short our dreams."

Fadiga who represented Senegal at the 2002 FIFA World Cup in Korea/Japan, reflected on his encounter with legendary Nigerian players; Austin 'Jay Jay' Okocha and Nwankwo Kanu at the two AFCON editions (2000 and 2002) he attended.

He said of the 2000 AFCON experience: "The atmosphere in the stadium was so nice. It was a big tournament, and it was the first time I participated in a tournament of that nature on the continent. Great fans and you get the opportunity to meet great players too.

" My first experience was in 2000. Initially, we were based in Kano, and we moved to Lagos for the knockout stages where I met Austin 'Jay Jay' Okocha and Nwankwo Kanu."

"The second was in 2002, where it was perfect till the end, losing to Cameroon led by Rigobert Song in the final on penalties. What I always remember about the Africa Cup of Nations is the atmosphere and shared feelings by everyone.

" In recent times, infrastructure has improved, plus a huge media following. The AFCON is the talk of the world whenever and wherever it is played."