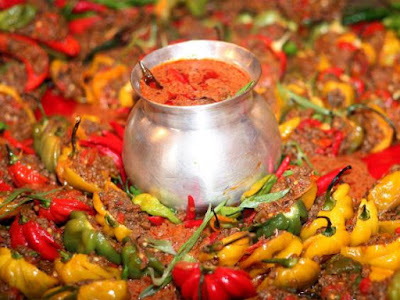 Do you have an aversion to hot chilli pepper? It’s probably time to have a rethink.


A new study published in PLOS One says the consumption of hot chili pepper may extend one’s life.

To arrive at this assumption, researchers analysed data from over 16,000 Americans who were monitored for an average of nearly 19 years.

They found that hot red chili pepper consumption was associated with a 13 percent lower risk of death.

According to the University of Vermont researchers, the study was strictly observational, hence there’s no proof of a cause and effect relationship.

Previous studies have suggested that a spice component called capsaicin may have anti-obesity, antioxidant, anti-inflammation and anti-cancer benefits.

The team called for further research to investigate the benefits of other spices and the effects of certain chilli pepper subtypes.

“Such evidence may lead to new insights into the relationships between diet and health, updated dietary recommendations, and the development of new therapies.

“For those who are affected by digestive disorders such as a stomach ulcer, I would be cautious about eating spicy foods,” said Lu Qi, Harvard School of Public Health and Brigham and Women’s Hospital in Boston.

Qi was one of the authors of a similar study conducted in 2015 at the Chinese Academy of Medical Sciences.

The previous study found that those who regularly consume spicy food had a slightly lower mortality risk over seven years of follow-up, than those who ate them less than once a week.