Police arraign housemaid for stealing N700,000 with broom in Lagos 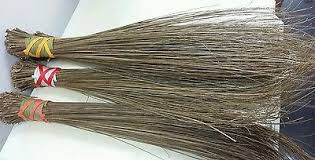 The police have arraigned a 20-year-old housemaid, Loveth Emmanuel, before an Ebute-Meta Magistrate’s Court for allegedly stealing N700,000 from the safes of her boss, identified only as Rufus.

It was alleged that the suspect used a stick of broom to open four safes and stole the money at their residence on Sholanke Street in the Ebute-Meta area of Lagos State.

She was alleged to have attempted to flee when the boss alerted policemen from the Denton division, who arrested her.

Rufus described the suspect as an ingrate, saying he treated her well and gave her the same privilege as his children.

He said Emmanuel, who was brought to his family by an agent, stole money meant for his children’s school fees and jumped into a fast moving vehicle in a bid to escape.

However, the 20-year-old claimed that her boss got her arrested because she wanted to sit for an examination, adding that it was when she was not given time for the exam that she decided to flee.

The Cross River State indigene said the theft allegation happened since July 2016, and she had been forgiven until she was arrested while going for the exam.

Emmanuel, who claimed to be an orphan, said she started staying with Rufus about a year ago, and she was not given any breathing space in the house.

She was, however, arraigned on two counts of stealing.

The charge read in part, “That you, Loveth Emmanuel, on July 12, 2016, on Sholanke Street, Ebute-Meta, Lagos, in the Lagos Magisterial District, did conduct yourself in a manner likely to cause a breach of the peace by using a piece of broom to steal the sum of N700,000 from four safe boxes in the room of one Rufus, your boss….

“That you did steal the sum of N700,000 from four safe boxes, the money meant for children’s school fees, property of Rufus….”

The police prosecutor, Inspector Julius Babatope, said the offence was punishable under sections 166 and 285 of the Criminal Law of Lagos State, Nigeria, 2011.

The defence counsel, Okoya Sholope, asked the court to grant the defendant bail in liberal terms, adding that the offence was bailable.

The prosecutor did not object to the bail application.

The magistrate, Mrs. M.A. Olajuwon, consequently granted her bail in the sum of N200,000 with one surety in like sum, adding that the surety must be resident in Lagos with evidence of tax payment to the state.