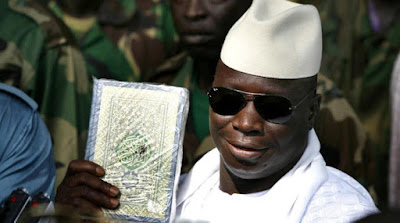 One radio station staff member told French news agency AFP on condition of anonymity "four National Intelligence Agency operatives and one police officer in uniform came to the radio station this (Sunday) afternoon around 2:30 pm and told us to stop broadcasting."

They said they have been ordered by the director general of NIA, Yankuba Badjie, to tell us to stop broadcasting with immediate effect," the staff member added. He was not given a reason other than that security was only "acting on executive orders."

No radio staff members were arrested, according to one security source. "We only asked them to stop broadcasting and they cooperated with us. They have stopped broadcasting since in the afternoon," the source told AFP.