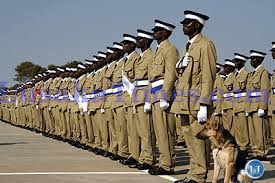 Police authorities in Zambia on Monday said they had banned officers from marrying foreigners.


The Head of the Zambia Police, Kakoma Kanganja, issued a memo advising officers against marrying foreigners “with immediate effect.’’

The police chief advised officers, who were already married to foreigners to declare their foreign spouses to his office within one week.

“Failure to declare any foreigner spouse will attract disciplinary action,’’ he said.

Esther Katongo, the Police Spokesperson, had defended the decision which had already received a backlash as constitutional.

According to Katongo, the Zambia Police Act 103 Section 3 and 5 covers the standing orders on marriages.

“Issues of security are delicate. If not careful, spouses can be spies and can sell the security of the country,’’ she said.

She added that the law had always been there and that the police had decided to enforce it because officers were ignoring it.