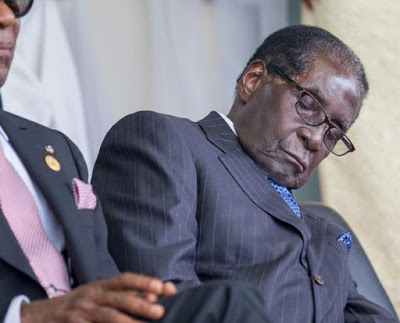 Patrick Mugadza, controversial Zimbabwe Prophet and leader of the Kariba Church, has been arrested for prophesying that President Robert Mugabe will die on 17th of October 2017.


Zim Eye, reports that the controversial prophet was arrested this morning outside the Harare Magistrates Court where he had gone for his routine remand hearing. He’s being accused of undermining the authority of the president.