Nigeria Rises On World Prosperity Index For The First Time

At 129, the most populous black nation moved up by three points from its 132nd position in 2017. Since the inception of the index in 2006, this is the first time that Nigeria would move up.

The LPI is an annual ranking developed by the Legatum Institute, a division of the United Arab Emirates-based private investment firm, Legatum.

While the giant of Africa rose 12 places on the business environment pillar, it fell one point in safety and security.

“In the Prosperity Pillar rankings, Nigeria performs best on Social Capital and Business Environment and scores lowest on the Safety and Security pillar.

“The biggest positive change, compared to last year, came in Business Environment increasing by 12 places, whereas they dropped one place on Safety and Security.”

Despite Nigeria’s rise on the ranks, the country, however, falls among the 20 least prosperous countries (red zone) and the report says “those in the bottom 20 face significant challenges across all pillars, especially in improving Safety and Security.”

“The measurement of national prosperity is an important task for governments and for those who hold them to account,” the report read.

“Prosperity entails much more than wealth, it reaches beyond the financial into the political, the judicial, and the wellbeing and character of a nation – it is about creating an environment where a person is able to reach their full potential.

A nation is prosperous when it has an open economy, inclusive society, strong institutions and empowered people who are healthy, educated and safe. This leads to higher levels of wellbeing.

“The Prosperity Index covers 149 countries. The top 40 most prosperous nations are those that have demonstrated over time how to build prosperity. Those in the bottom 20 face significant challenges across all pillars, especially in improving Safety and Security.

“Prosperity has grown over the last year to its highest ever point. In the last five years, 113 countries have improved their prosperity. In many respects the world is getting better. It is now easier to start a business in many countries.” 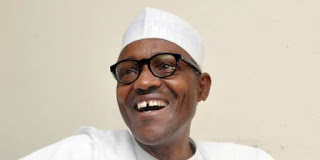