Shehu Shagari, the first executive president of Nigeria, is dead.

Bello Shagari, his grandson, confirmed that he died at the National Hospital, Abuja, on Friday.

“I regret announcing the death of my grandfather, H.E Alhaji Shehu Shagari, who died right now after brief illness at the National hospital, Abuja,” he tweeted.

I regret announcing the death of my grandfather, H.E Alhaji Shehu Shagari, who died right now after brief illness at the National hospital, Abuja.

5,092 people are talking about this

The deceased was president in the second republic, from 1979 to 1983, before he was overthrown in a coup by Muhammadu Buhari.

Alhaji Shagari died at about 6.30 last night at the National Hospital, Abuja, according to his grandson, Bello Shagari.

He was taken to the hospital on Christmas Day and placed on admission.

“I regret announcing the death of my grandfather, H.E Alhaji Shehu Shagari, who died right now after a brief illness at the National Hospital, Abuja,” the younger Shagari said on his Twitter handle.

He said: “I regret to announce the death of former President Shehu Shagari who just passed away at National Hospital Abuja. May his soul rest in peace.”

His Sama Road, Sokoto residence was in a sober mood as family members received condolences from sympathisers who trooped to the house yesterday.

Further confirming the death of the elder statesman to The Nation yesterday, Bello, his grandson, said that the Second Republic President died at about 7 pm at the National Hospital where he had been on admission for two days.

Also commenting on the demise of the former civilian president was one of his drivers, Bala Shagari, who said the late Shagari suffered from pneumonia for more than 10 days before he was flown to Abuja for medication when it appeared that his condition was deteriorating.

Bala, who said he had been working for the former president before he was elected as President in 1979, described the deceased elder statesman as pious, honest, detribalise and “a gentleman to the core.”

Another of his son, Ibrahim Shehu Shagari, said the remains of the Second Republic President would be flown to Sokoto from Abuja for burial today.0

“We are waiting for the Sultan who will decide where he should be buried,” he said.

The late former president assumed office on October 1, 1979 after winning that year’s election on the platform of the now defunct National Party of Nigeria (NPN).

He took over from Gen. Olusegun Obasanjo who stepped down in fulfilment of the pledge of the military government that overthrew Gen. Yakubu Gowon in 1975.

Shagari who contested on a joint ticket with the late Dr. Alex Ekwueme, was re-elected for a second term in 1983, but his tenure lasted a few months as he was sacked following a military coup on December 31 the same year.

He was detained for several months after he was ousted, and once released, he relocated to Sokoto to live a quiet life.

He was born in 1925 in Shagari village

Shagari was sent to a Quranic school before attending Yabo elementary school between 1931 and 1935.

He later trained as a teacher at the Teachers Training College, in Zaria, Kaduna, Nigeria.

He joined politics in 1951 and became the secretary of the Northern People’s Congress in Sokoto, Nigeria.

In 1954, he was elected into the House of Representative for Sokoto West and in 1958, he was appointed parliamentary secretary to the Prime Minister, Sir Abubakar Tafawa Balewa

In a statement signed by his Special Adviser on Media and Publicity, Femi Adesina, the President expressed great sadness at the news of the passing away of the ex-President.

“On behalf of my family, the government and the people of Nigeria, it is with immense sadness that I received the news of the passing away of the First Executive President of Nigeria, Alhaji Shehu Shagari, which happened Friday in Abuja,” the statement said.

It described Shagari’s death as “the departure of a patriot whose life of service and humility was widely acknowledged.”

Buhari recalled part of the birthday message he sent to the late Shagari last February when he said: “We are enthralled and regaled with the many years of unequalled patriotism, sacrifices and contributions to national development. More specifically, we celebrate the role modelling qualities of integrity, diligence and humility that have been the hallmark of your visionary leadership.”

President Buhari said he was, however, grateful to God that Alhaji Shagari lived to a ripe age and led an exemplary life, which he urges Nigerians of all walks of life to emulate.

“Nigerians held him in the highest esteem even when he was out of office until his demise, and will forever miss his wise counsels,” the statement added.

The President prayed the Almighty God to comfort the family of the ex-president and all those who mourn him, and grant the soul of the late nonagenarian eternal rest. 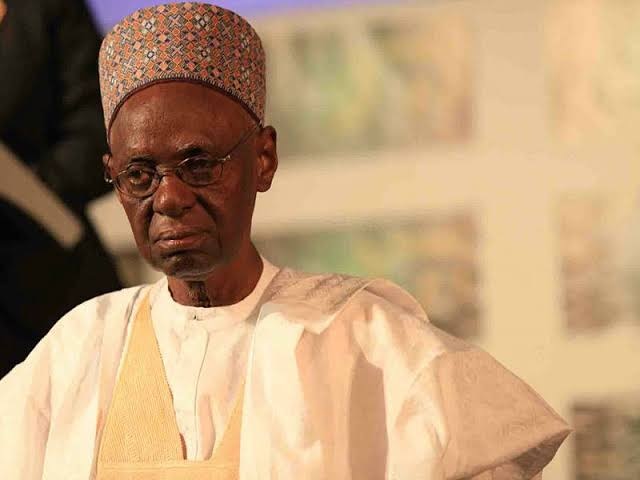