The Economist Tips Buhari For Victory In 2019 Election

President Muhammadu Buhari will win next year’s election, The Economist has reported.

The respected magazine has also predicted that the opposition coalition may collapse before the general election.

According to The Economist in its latest edition, “The World in 2019”, there is little hope that Islamist insurgency in the Northeast will end.

In a country appraisal for Nigeria under “The world in numbers”, the magazine said: “The president, Muhammadu Buhari, will win re-election in February, as a new opposition coalition may collapse before the vote.

“Given the outlook for continuing political weakness, there is little prospect of progress in the fight against the Islamist insurgency in the north, nationalism in the oil-producing Delta and secessionism in the Biafra region.

“Market-based reforms will languish, holding back growth yet again.”

In a separate report, the Foreign Correspondent of The Economist, Aman Rizvi, distanced himself from the official position of his magazine.

He said the election will be close, with the PDP having a slight edge.

Rizvi said: “Mr. Buhari’s approval ratings have languished below 50 % for most of 2018. Ominously, he has been hit by a wave of defections to the PDP.

“Desertions to the APC four years ago, by many of the same people, felled ex-President Goodluck Jonathan.

“Mr. Buhari’s electoral opponent in 2019, Atiku Abubakar, is one such double-turncoat. He is also a septuagenarian, billionaire businessman, former vice president and three-time presidential aspirant.

“With Mr. Abubakar distrusted for his wealth and opportunism, the election will be close. Its outcome will hinge on who arouses less apathy.

“So, who will win? Many Nigerians do not care. The back-and-forth floor-crossing has convinced them that the same people will be in charge either way. The PDP holds a slight edge, if only because expectations for Mr. Buhari were higher and his failure to meet them was more recent.”

But Atiku has rejected the latest prediction of The Economist.

A statement by the Special Assistant on Public Communication and Strategy to Atiku, Mr. Phrank Shaibu, said the forecast was a “poorly-executed hatchet job”.

The statement said: “The political camp of the PDP presidential candidate has described as a poorly-executed hatchet job, the prediction by The Economist of London, in which the magazine put on the garb of a partisan and made no pretenses to professionalism while predicting that President Buhari will win next year’s poll.

“With the tacit endorsement of President Muhammadu Buhari for a second term, in its current edition, the erstwhile influential news magazine has hit a new low by throwing all pretences to the wind to take up the job of presidential spokespersons.

‘’It is common knowledge that the Economist’s fortunes have taken a nosedive in recent months with its flip- flop on issues, especially as it pertains the upcoming presidential election in Nigeria.

“But the magazine hit a new low in its current edition , The World in 2019, where it made projections of issues and events that will shape the year 2019 across many countries including Nigeria.”

Shaibu said even if the All Progressives Congress (APC) or President Muhammadu Buhari’s spokespersons had written that story, it could not have been so recklessly partisan, so undisguisedly biased and so devoid of any shred of professionalism.

He said the story, which says “the president, Muhammadu Buhari, will win re-election in February, as a new opposition coalition may collapse before the vote” failed to meet the attributes of objectivity, balance and fairness.

Shaibu said it was scandalous that the magazine went ahead to predict a victory for the APC candidate even when it said Buhari’s second coming portends disaster for Nigeria.

He said it was equally strange that the magazine whose Intelligence Unit predicted that Atiku will lead the new government come 2019 has now made a U-turn to endorse President Buhari.

‘’But we hasten to say that with or without the endorsement of The Economist or any news medium for that matter, we will defeat Buhari fair and square,” he said.

Shaibu said when on May 29, 2019 Atiku Abubakar is sworn in as the President of Nigeria, The Economist will have to look elsewhere for patronage, since there will be no more room for cash and carry forecasts, and fully-paid for endorsements.

He said that the PDP candidate was aware that “when fake news materials are planted in big news outlets, they often help to lay the groundwork for rigging in elections but warned that members of the opposition party and their supporters will resist the rigging of next year’s elections”.

Speaking with our correspondent, the National Publicity Secretary of the All Progressives Congress (APC), Mr. Lanre Issa Onilu, said: “I will say that The Economist is just living up to its reputation. What the magazine has said is not new to most Nigerians; it is a report of the reality.

“I am not surprised that PDP did not find the report palatable. For a political party that has been living in denial, instead of addressing issues as copiously enumerated by The Economist, PDP has chosen to behave like a baby whose toy has just been taken away from him or her.

“PDP lacks credibility and any publication that is worthy of its own reputation will be taking a huge risk by making any attempt to dress PDP in a borrowed robe. PDP is a damaged product that has thrown up a discredited candidate. We can only commend The Economist.”

Asked if the 2019 presidential poll will be a close race, Onilu said: “We think if The Economist conducts further research, they will come to the conclusion we have already reached to the effect that next year’s presidential election is a no-contest.”

He dismissed insinuations that PDP might have a slight edge over APC.

“No. PDP cannot have a slight edge,” Onilu added. 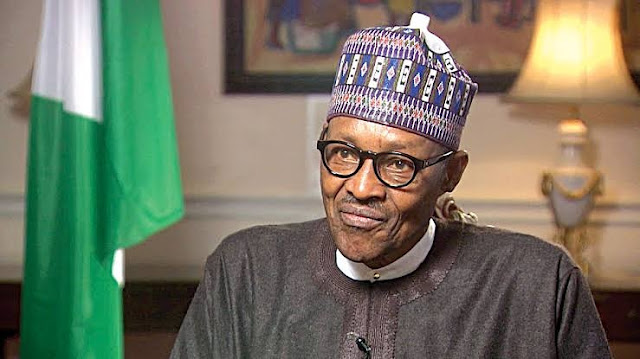