President Muhammadu Buhari on Sunday said those who felt he had died during his medical vacation in the UK in 2017, asked Vice-President Yemi Osinbajo to make them his deputy.

Osinbajo took over in acting capacity when the president was away.
Speaking on Sunday in Krakow, Poland, during an interactive session with the Nigerian community in the country, he said his deputy, Buhari said Osinbajo “received a lot of embarrassment”.

The president said he and Osinbajo discussed the issue when the acting president at the time visited him in London.

“One of the questions that came up today in my meeting with Nigerians in Poland was on the issue of whether I‘ve been cloned or not,” he said.

“The ignorant rumours are not surprising. When I was away on medical vacation last year, a lot of people hoped I was dead.

“Poor Professor Yemi Osinbajo, even he had to deal with the rumours. Some people reached out to him to consider them to be his vice-president because they assumed I was dead. That embarrassed him a lot; we discussed it when he visited me while I was convalescing.”

Those against the reelection of Buhari have asked him to step down in 2019 but the president has insisted that he is fit. 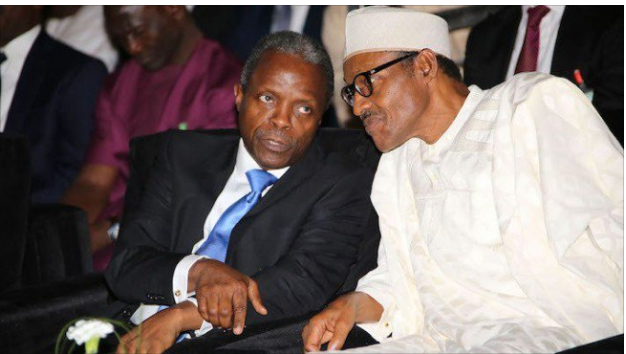