We have a warrant to arrest Dino, says Police

The Nigeria Police said it had “a duly obtained warrant of arrest duly deployed” to apprehend Senator Dino Melaye at his residence in Abuja.

The News Agency of Nigeria reports that policemen have laid siege to Melaye’s residence to effect his arrest over a case of culpable homicide.

NAN also recalls that the member representing Kogi West Senatorial district and some suspects were accused of shooting a Police officer, Sgt. Danjuma Saliu, attached to 37 Police Mobile Force while on duty in Aiyetoro Gbede, Mopa Road in Kogi State.

A statement by the Force spokesman, acting DCP Jimoh Moshood on Monday in Abuja, said the Police would continue to occupy his residence until he surrenders.

“We will not retreat until Senator Dino Melaye surrenders himself for arrest and investigation,’’ he said.

Moshood said that Melaye was wanted by the Police for a case of criminal conspiracy and attempted culpable homicide, committed on July 19.

He explained that Melaye and his armed thugs allegedly attacked Police personnel, shooting and wounding Saliu in the process.

The spokesman alleged that the lawmaker had refused to report to the Police Command in Kogi to answer the charges in spite of the letter written to the Clerk of the National Assembly.

He said Saliu was yet to recover from the gunshot injury he sustained during the attack and was still under intensive medical care in the hospital.

Moshood said the Force would ensure a thorough investigation into the matter to ensure that the rule of law prevails. 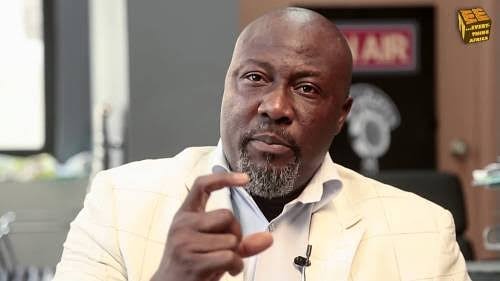