He promised to solve the power problem when we know he sold off all the power plants to all his friends who had no interest in giving us power."

The All Progressives Congress has accused the Peoples Democratic Party and its cronies within and outside the government of causing insecurity in Nigeria and propagating falsehood.

The ruling party said the grand plot was to create an atmosphere similar to 2014 and 2015 when terrorists seized parts of the country and hoisted their flags.

The party, however, said President Muhammadu Buhari-led government would not surrender to their evil plans, urging Nigerians to reject the PDP in the 2019 general elections.

The APC National Publicity Secretary, Mallam Lanre Issa-Onilu, stated these at a press briefing in Abuja on Tuesday.

He said, “The year 2018 was significant in many ways. Importantly, we witnessed in this past year the shameful attempt by the political predators to launch themselves back into reckoning. Those who were roundly rejected by Nigerians in 2015 for their grievous crimes of corruption, impunity, and maladministration once again struggled to rise up from the dungeon the people of this country had dumped them. They were fierce and reckless in their wicked attempt to return to power to continue their primitive appropriation of our commonwealth for themselves and their immediate family.

“The actions of these elements who have raped our nation for close to two decades were disruptive to the course of progress being vigorously pursued by the President Muhammadu Buhari-led administration. The year 2018 particularly was a tough year for the APC government as we had to confront the monsters who have found their way into the ruling party during the merger in 2014, pretending to have cured themselves of their insatiable greed and callous selfish disposition.

“Predictably, the forces of evil finally gravitated towards themselves and are now ensconced in their wicked nest, called the PDP.

“Unfortunately, they did a lot of damage to our determined efforts in the last three and half years, by constituting themselves into a stumbling-block, using their vantage position in government in conjunction with their associates outside of government who have been deploying their ill-gotten wealth to pervert justice, create a state of insecurity, propagate falsehood and promote dissent. It was a callous strategy design to pull the wool over the eyes of the people of this country.”

Issa-Onilu said the PDP’s presidential candidate, Atiku Abubakar, had no plan for the country as his campaign manifesto was empty and a repetition of what the APC government had started doing.

“He promised to solve the power problem when we know he sold off all the power plants to all his friends who had no interest in giving us power.

“They invested nothing and added nothing to what they met on the ground. They even included a clause that they can never be revoked. The only interest they had was to milk the nation. What new promise will he make to Nigerians to improve the power sector?”

Atiku was the chairman of the National Council on Privatisation when he was the Vice President to President Olusegun Obasanjo.

Issa-Onilu said the unemployment witnessed in the country was a product of a progressive effect of 16 years of misrule of the PDP which could not be cleared in three years which did not create conducive environment for business to thrive due to massive looting of the nation’s treasury.

He said the APC had done so much to promote self-employment through agriculture and entrepreneurial skills and providing enabling support system for business to thrive.

Issa-Onilu said many people who joined the PDP at inceptions because they thought it would be business as usual left the party disappointed and had regrouped in the PDP to launch an attack on the government.

“What has the PDP to offer Nigeria? Or rather, why does the party want to return to power? It is simply to return Nigeria to the past – the past when our collective wealth was stolen by a few wicked elite. The past when monies meant for the development of our economy were being pocketed. The past when the money, no railway, and no power plant were ever completed, even though huge sums of money were being allocated and released every year.”

But the national leadership of the PDP said the only good thing about the ruling party was its ability to blame others for its failures.

Spokesman for the PDP, who is also the Director of Media and Publicity for the party’s Presidential Campaign Council, Mr Kola Ologbondiyan, told one of our correspondents that Nigerians would no longer be swayed by the Buhari’s “ineffective lies and excuses.”

He said, “Nigerians already know that the only thing that the President and his party, the APC enjoy is blame-game. Both of them even have the capacity to blame God because of their ineffectiveness.

“APC has failed in many areas, including security and education. That is why the government keeps blaming the PDP.” 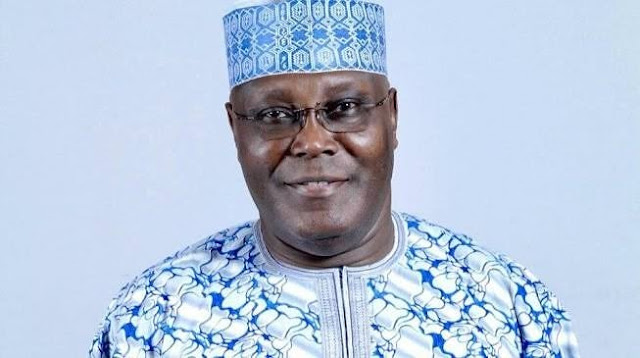