“A president that is fighting corruption need to be supported,” Mbaka said as he delivered his New Year Prophetic message to Nigerians.

The Catholic cleric, however, predicted that the country would face an unimaginable difficulty in 2019 and therefore charged Nigerians to brace up to the situation.

He also called for serious prayers for the country.

He said: “We pray for President Muhammadu Buhari; he is a man who understands the situation. Since Nigeria started, we have never experienced a president that has agricultural programmes like him. It’s like calling somebody a thief in the media but you are not a thief.

“Four years doesn’t mean eight years; he has finished his four years, I pray for peaceful transition that he may complete his remaining four years. He will hand over to a better person, may the Lord keep him. When he was sick, he was almost dead and we said prayer and God granted him healing. God knows the purpose for allowing him to be alive; if God doesn’t want him, he could have died.

“Because the remaining four years is constitutionally sacrosanct, no matter what happens. After the four years, he must hand over. We don’t want to continue another eight years of probability. Remember he was sick and now healed. Under three years, we are comparing somebody’s three years to 16 years of some group. Say if it is you. A primary three pupil is asked to come and seat exam with PhD, check it and even the child is doing very well.

“We pray that God will protect him from those who said if he doesn’t change he must be changed. The issue of Fulani herdsmen they said have killed everybody has stopped. Nobody is hearing about the bandits anymore; the man has changed. The roads that were not going has started going. A lot of things are happening now which nobody knows. May the lord protect Buhari; it shall be well with our president. May the Lord bless his workers (the good ones) and may the Lord give Buhari courage when he comeback again he will fire them,” he said.

He also rallied support for Governor Ifeanyi Ugwuanyi of Enugu and Dave Umahi of Ebonyi State in their bid to go for second term.

“It shall be well with you. His name is wealth reach home may God bless him. I will not greet everyone without praying for our governor and friend, Ifeanyi Ugwuanyi. We bless God for him. Enugu has never seen it like this, for first time in the history of Enugu The Black Axe and Vikings are not fighting, only a man like him that can do it. In his time Chief Nwodo and Ken Nnamani are friends; in his time Fidelis Okoro and Nwodo’s are not fighting. While he is developing Nsukka; he is developing Awgu, Udi, Nkanu; it’s impact is everywhere.

“He said that Enugu State is in the hands of God; he believes in God and we have to hand him over to God because Enugu is in peace. There is no other state in this country that can have this kind of peace. The governor has united leaders of different denominations; he doesn’t discriminate, no community is marginalised, he loves the youth. Generations will not forget you. Adoration Ministry will not forget you. 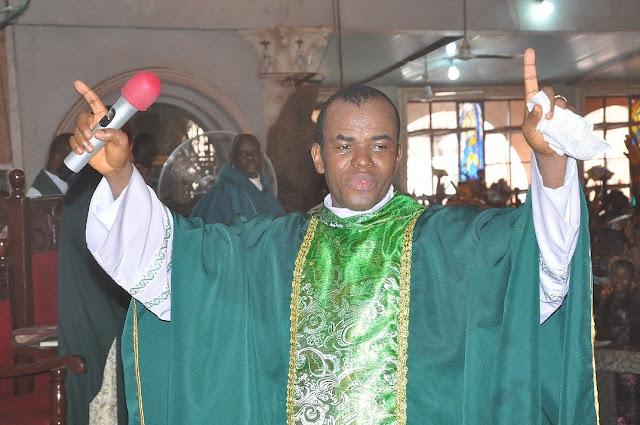