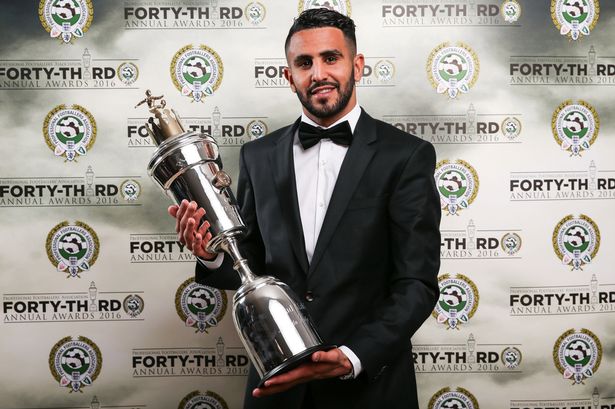 
Mahrez has scored 17 goals and made 11 assists in 34 league games to take Leicester to the verge of the EPL title.

The award was voted for by the Algeria international's fellow professionals.

He was handed the prize at the Grosvenor Hotel in London on Sunday, hours after scoring in his side's 4-0 win over Swansea City as leaders Leicester moved to within five points of the title.