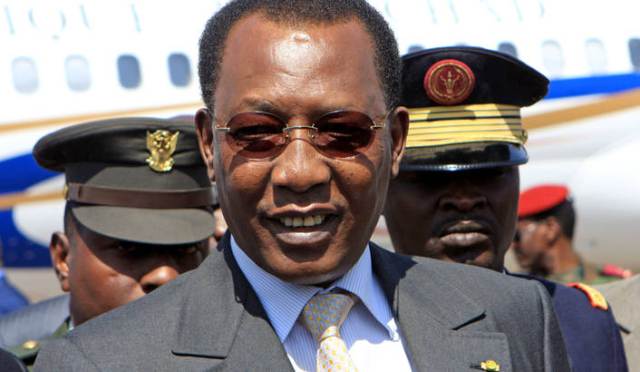 
The announcement was made late Thursday in N’Djamena.

Deby, who took power in a 1990 military coup and has been re-elected every five years since 1996, took nearly 62 per cent of the latest vote.

The commission said veteran opposition leader Saleh Kebzabo came second with nearly 13 per cent, while Laoukein Kourayo Medard, Mayor of the city of Moundou, was running third with nearly 11 per cent.

It said Deby faced 13 challengers in the election, which was preceded by protests calling for an end to his long rule.

A group of opposition politicians accused the government of rigging the election and said they did not recognize the result.

Meanwhile, a group of opposition politicians accused the government of rigging the election and said they did not recognise the result.

A source said on condition of anonymity that the president has won praise for his military campaign against the Islamist group Boko Haram.

He, however, said the 63-year-old has been unable to lift half of the 13-million populations out of poverty, and the oil-producing country’s economy has suffered from falling oil prices.