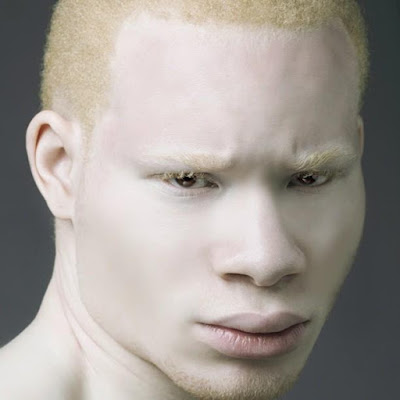 Police in Malawi's Kasungu District have launched an intensive campaign against attacks on people living with albinism in the country, local newspaper Nyasa Times has reported.


The launch, which took place on Wednesday, was said to have come about through a partnership between law enforcers and other concerned stakeholders within the community.

The campaign, which sought to sensitize citizens over the harvesting of human body parts, was expected to reach out to traditional communities across Malawi in a bid to stop the scourge of albino killings that are currently terrorising communities.

"There was a need to sensitize people that body parts of people with albinism cannot bring wealth whatsoever. Hard work and dedication to duty are the only principles that can propel one to richness," Ax Muwanya, a Kasungu police officer was quoted as saying.

The initiative came shortly after the brutal murder of a 23-month-old baby living with albinism in the district earlier this month.

The deceased, Whitney Chilumpha, was abducted while in her mother's care in the early hours of April 1. Her skull, teeth and clothes were found in a nearby area two weeks after she had gone missing.

Chilumpha's death highlighted the plight of albino nationals in the country and caused widespread outrage among communities across the country.

The child's father was currently being detained in connection with the murder.

Despite a shoot-to-kill directive being ordered by Malawi's police chief Lexten Kachama recently, little progress has been made in the war against albino hunters, who sought to harvest and sell albino body parts on the black market.