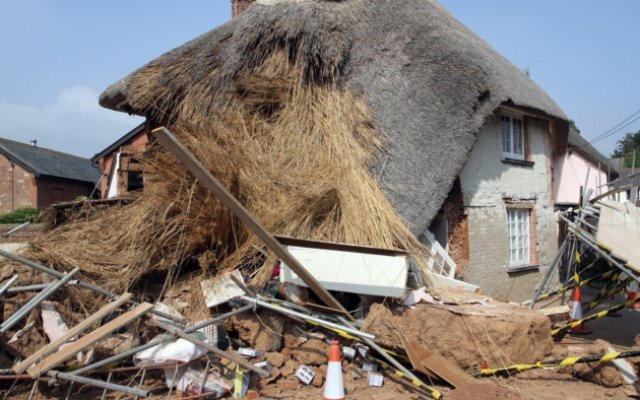 At least two people have been killed after a building caved in on them at Esreso in the Ashanti regional capital of Kumasi, following torrential rains there Thursday April 14, 2016.

According to him, heavy rainfall in the area compelled the now-deceased and injured persons to seek shelter under an abandoned mud house, which previously served as the chief’s palace.

The building had been marked for demolition two months ago, but the exercise had yet to be carried out.

It collapsed on the four as the rains intensified a 40-year-old lotto vendor and another man believed to be the father of a 12-year-old boy, who has still not been located by rescuers. A 34-year-old food vendor, however, sustained serious injuries and has been rushed to the hospital.

The bodies have been conveyed to the Pramso morgue while police have begun investigations into the matter.