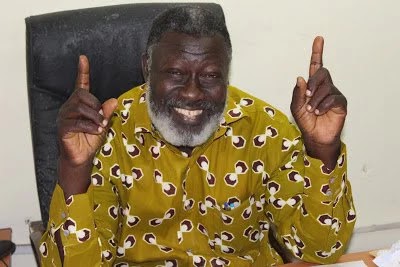 Movie producer, Socrate Safo has disclosed that it will cost $68,000 to bring the corpse of former Ghana Actors Guild President, Nii Odoi Mensah to Ghana.


According to Socrate Safo, the amount will cover the hospital bill, the undertaker and other things which need to be done before the body could be transported from China.

Nii Odoi Mensah kicked the bucket while he was undergoing kidney treatment in China.

The irony, however is, “It’s going to cost $68,000 to bring the body back to Ghana. The cost covers the hospital bills, undertaker and other things.”

The filmmaker further stated that at the time Nii Odoi Mensah needed money for the hospital bills, authorities decided to treat him with the hope that he will be able to settle the debt. However, the cost kept increasing.

“The treatment is such that you have to be confined so they regulate your diet and movement. They decided to treat him hoping the amount will be paid but the cost kept increasing so they resolved that he return to Ghana while they send him the drugs.

He was to return to Ghana on Sunday. He was discharged but got relapse. They did what they could but lost him,” Socrate said.

Adding, “They continued treating him because they got to know he was an actor and concluded that he could advertise them when he returns to Ghana.”