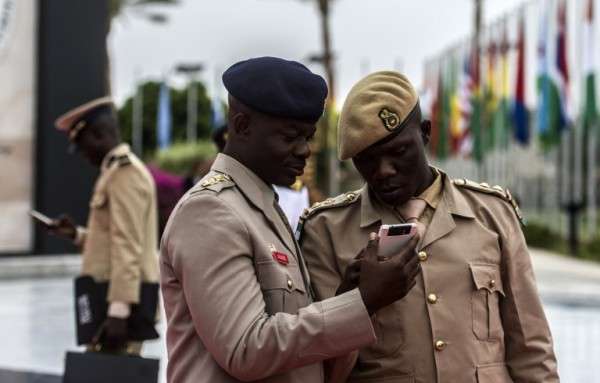 Ghana and Togo are the next targets for Islamist militants following high-profile attacks this year in Burkina Faso and Ivory Coast, according to a memo from Ghana's Immigration Service.


The memo calls for better border protection in the latest sign of a heightened government response to the threat to West Africa by militants based in northern Mali who have stepped up a campaign of violence in the last year.
It says the National Security Council Secretariat (NSCS) has evidence from neighbouring Ivory Coast from the interrogation of a man suspected of orchestrating an attack on March 13 in which 18 people were killed.

"Intelligence gathered by the ... NSCS indicates a possible terrorist attack on the country is real. ... The choice of Ghana according to the report is to take away the perception that only Francophone countries are the target," said the memo, dated April 9 and published by Ghanaian media.

It ordered immigration agents on the northern border with Burkina Faso to be extra vigilant and said patrols should be stepped up along informal routes between the two countries.

Ghana is one of Africa's most stable and peaceful democracies and has not suffered an attack by Islamist militants. Togo is the country's eastern neighbour.

President John Mahama spoke about the memo in an interview on state radio's Sunrise FM on Thursday. He asked for public vigilance and said Ghana was also at risk from home grown militants, while noting that countries in the region share intelligence on militant threats.

"We must deal with this without creating panic amongst our people," he said, adding that the memo should not have detailed the intelligence on which its calls for greater vigilance were based.

Government spokesmen in the presidency and at the immigration ministry did not return calls requesting comment.

Al Qaeda in the Islamic Maghreb has claimed responsibility for attacks on a hotel in the capital of Mali last November, a restaurant and hotel in Burkina Faso's capital in January and the Ivory Coast attack. In all, more than 65 people have died, many of them foreigners.