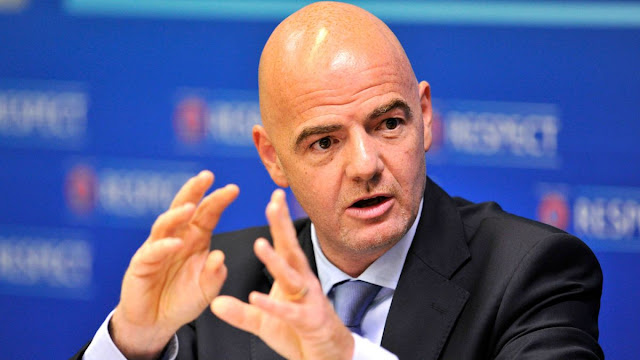 FIFA president Gianni Infantino has suggested that Africa would get two more World Cup slots if his bid to expand the tournament to 40 teams materializes.


The 46-year-old, who took the head position at football’s world governing body back in February and succeeded Sepp Blatter, has suggested that the global showpiece should be expanded from 32 teams to 40.

His idea has been met with scepticism, as critics claim it would affect the standard of the competition which is arguably already too bloated, but Infantino disagrees.

“It will be great for the World Cup in terms of popularity because you will have more nations involved in the World Cup,” he told Fox Sports.

“There is enough quality … we see it in Europe. [And] look at the last World Cup – England and Italy were kicked out by Costa Rica. This is football.”

“And the last spot should be played on the pitch somehow; let's see how by the one who will deserve it in the best possible way.”

In the current World Cup format of 32 teams, the African continent is designated five berths.