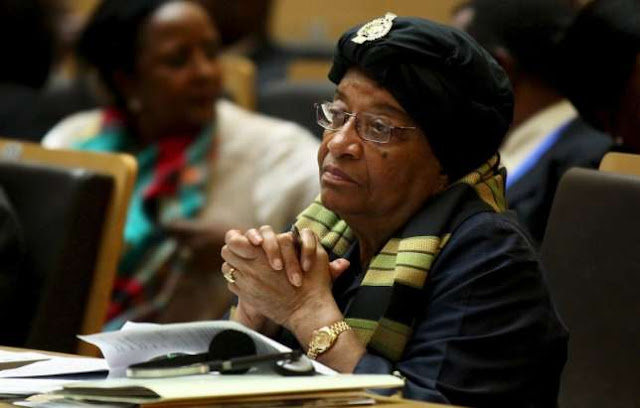 
The epidemic, the world's worst on record, has killed more than 11,300 people across the region, more than 4,800 of them in Liberia.

Boima Kamara, formerly the Central Bank's deputy governor for economic policy, was named minister of finance and development, replacing Amara Mohamed Konneh who will take up a position with the World Bank next month.

Sirleaf named Milton Weeks, previously a member of the board of the Central Bank, as its new governor.

He replaces Charles Sirleaf, the president's son, who was named interim governor in February after Joseph Mills Jones stepped down to prepare a run for the presidency in polls next year.

President Johnson Sirleaf, who has strong ties with Washington and is credited with helping the country recover from a civil war that ended in 2003, must step down next year due to a two-term limit.