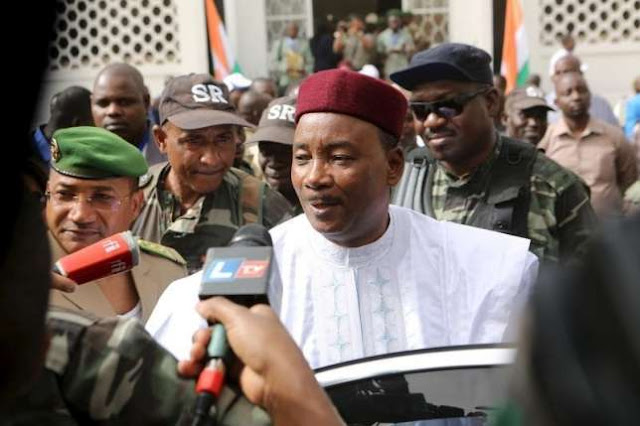 The U.S. Government has announced 29 million dollars in new humanitarian assistance to Mali.


This is contained in a statement from the U.S. State Department released on Sunday.
According to the statement, Ms Sarah Sewall, U.S. Secretary of State for Civilian Security, Democracy and Human Rights, announced the provision of funds in Mali.

Sewall is on a three-day working visit to Mali.

The U.S. government said that the fund would support the work of the Office of the United Nations High Commissioner for Refugees (UNHCR), the World Food Program (WFP) and other international organisations in Burkina Faso, Mali, Mauritania and Niger.

It also said that the fund would help to provide essential protection and assistance such as health, food, water, education and better livelihoods.

According to the statement, the funding brings the total of U.S. humanitarian assistance for the Mali regional crisis in 2015 and 2016 to more than 105 million dollars.

The funding will allow UNHCR to scale up livelihoods and resilience-based interventions, increase collaboration with partners to enhance peaceful coexistence between refugees and host communities.
Others are to harmonise programming to ensure the viability and continuity of self-reliance efforts between countries of asylum and areas of return.
It said that the fund would also support WFP efforts to maintain food and nutrition activities for Malian refugees in the region.

``The U.S. is hopeful that conditions will soon improve such that all are able to voluntarily return to their homes in safety and dignity.

``Until then, the U.S. commends host communities in Mali and host countries in the region for remaining safe havens for the displaced,’’ the statement reads.
The United States encouraged other donors to join in contributing to the Humanitarian Response Plan, which it says is only 12 per cent funded to date.

It emphasised the inadequacy of funds to meet even the most basic needs of displaced Malians.

NAN recalls that the UNHCR claims that the Mali crisis has caused internal displacement and cross-border movements into Algeria, Burkina Faso, Mauritania and Niger since 2012.

Following the presidential and legislative elections in October 2013, thousands of refugees and internally Displaced People (IDPs) spontaneously returned home with support from UNHCR which opened offices in Gao, Mopti and Timbuktu.

The UNHCR also said that renewed clashes in May 2014 between Malian government forces and insurgents had affected the intention of some Malian refugees to return home.

UNHCR adds that it continues to coordinate protection and shelter and non-food item assistance for IDPs and returnees.
The UN agency also said that the crisis in the Central African Republic (CAR) had caused the unexpected arrival of more than 200 Central African asylum-seekers, of whom almost 190 were recognised by the Government of Mali as refugees.

The UN says its main populations of concern in Mali are IDPs who fled violence in the north after 2012 and who live with host families.

Others are Malian returnees, who sought refuge in neighbouring countries after 2012, Mauritanian refugees, who fled ethnic conflict in 1989 and refugees and asylum-seekers from the CAR and Côte d'Ivoire.