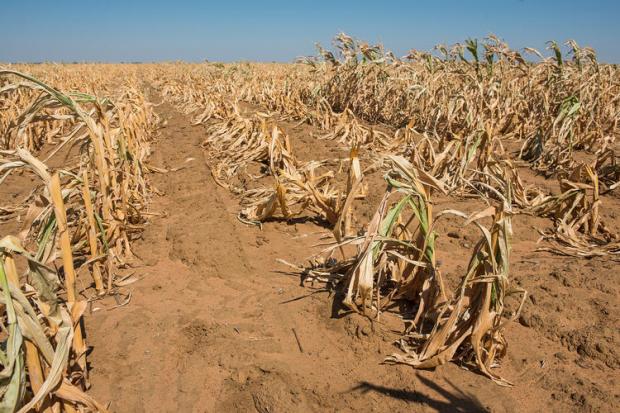 Malawi has declared a state of disaster over worsening food shortages caused by a severe drought
as concerns grow over a hunger crisis spreading across much of southern Africa.


Malawi's maize production has dropped by 12%, leaving it short of about 1 million tonnes of maize needed to feed the population, President Peter Mutharika said in a statement on Tuesday.

About 2.8 million Malawians - nearly 20% of the population - face food insecurity, making the country one of the worst hit in southern and eastern Africa, where the current drought affects 50 million people, according to UN figures.

"I declare Malawi [in] a state of national disaster following prolonged dry spells during the 2015/16 agriculture season," the Malawi's president said.

"With the increased maize deficit, it is expected that an increased number of people will be food insecure and will require humanitarian relief assistance for the whole 2016-17 consumption year," he said.

Zimbabwe, Lesotho, Mozambique and Zambia are also suffering food supply problems, while South Africa has said the recent drought was its worst in more than 100 years. In Zimbabwe, 2.8 million people - more than a quarter of the rural population - do not have enough to eat.
The United Nations and aid groups in Mozambique have released a total of $15m since the beginning of the crisis, Michel Le Pechoux of the Humanitarian Country Team (HCT) which co-ordinates relief efforts, said.

"But the response is still very limited compared to the actual needs, which amount to about $200 million," he told the AFP news agency, adding that central Mozambique was the worst-hit area.

Malawi was hit by a drought linked with climate change last year, when flooding also hit its southern region. A new drought caused by the climatic phenomenon El Nino is now ravaging the country.